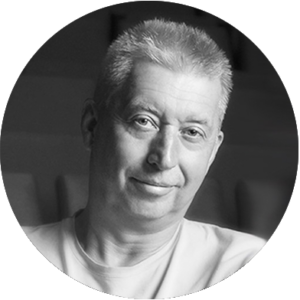 Michael H. Thaut received his PhD in music with a cognate minor in movement science in 1983 and his masters in music 1980, both from Michigan State University. He also studied at the Mozarteum Music University in Salzburg, Austria. He holds a German Diploma degree in psychology/education. At Colorado State University (CSU) he was Professor Music since 1986-2015 and Director of the School of the Arts 2001-2010. He received a joint appointment as Professor of Neuroscience in 1998. He was Director of the Center for Biomedical Research in Music since 1994. Since 2016 he is Professor of Music with cross appointments in Neuroscience and Rehabilitation Sciences at the University of Toronto where he directs the Music and Health Research Collaboratory (MaHRC) and the Masters/PhD programs in Music and Health Sciences. He has been a Visiting Professor in medical and music schools around the world (Germany, Italy, USA, Japan), and 2010-2012 was chancellor of the SRH University System in Germany.

Over the past decade he and his co-investigators have received over 4 million in prestigious and highly competitive research funding from the US National Institutes of Health (NIH) and private foundations. He has received the American Music Therapy Association’s National Research Award 1993 and its National Service Award 2001. His recent publication (with Volker Hoemberg), The Oxford Handbook of Neurologic Music Therapy (2014), was second overall in the British Medical Association (BMA) 2015 Book Awards for ‘Best New Book in Neurology’ (60 entries), an unprecedented achievement for a work in music therapy/medicine. Dr. Thaut has authored/co-authored about 250 scientific publications in multiple fields. His publications have appeared in journals like Frontiers in Human Neuroscience, Brain Sciences, Neuroimage, Music Perception, Biological Cybernetics, Movement Disorders, etc. His books have been translated into Korean, Japanese, and Chinese. He is globally in demand as a keynote speaker on music, brain, and neurorehabilitation.

His research career has been focused on the neural and psychophysical basis of music and rhythm perception and clinical application of music and rhythm to motor, speech/language, and cognitive training in neurologic disorders. He is the founder of the evidence-based treatment system of Neurologic Music Therapy whose certificate training has been endorsed by the World Federation of Neurorehabilitation. He is President of the International Society for Clinical Neuromusicology, Vice President of the International Society for Music and Medicine, a Management Board Member of the World Federation of Neurorehabilitation, and an elected Overseas Fellow of the Royal Society of Medicine (U.K.).

In addition to his groundbreaking work as a researcher and clinician, Dr. Thaut is an accomplished musician and violinist in the classical and folk genre, having toured and recorded extensively, especially in folk music. His anthology of European and North American Fiddle Music (Das grosse Fiddlebuch) has been in print since 1981.